Mother Nature did a 180-degree turn around and graced the 34th Annual Treeland Challenge with springtime sunshine; making it hard to believe that three weeks ago the lake was still covered in ice! 237 anglers reeled in, registered and released 425 walleye, ranging in size from 15″ to 27.25″; and 254 largemouth bass ranging in size from 12″ to a whopping 20″! Average size walleye was a very healthy 17.5 inches while the average size for largemouth bass was 14.5” long.
The walleye bite was hot this weekend in the shallows, especially during the low light hours, area guide Ty Sennett said. These areas also produced the largest walleyes caught in the tournament. The deep-water humps are just beginning to have fish show up on them as the crappie are starting to spawn and the female walleyes are following them into the shallows. There was no big secret to find the largemouth bass who were schooled up in the shallows and caught on plastic worms.
On Friday, 203 walleye were registered and released, along with 100 largemouth bass. The largest walleye was a 27.25″ caught on opening morning by Dean Elmer, from Hayward. Also kicking Friday morning fishing into gear was a 20″ largemouth bass caught on the west side of the Chippewa Flowage by Wayne Dezotell, of Park Falls, WI! Contestants knew they had their work cut out for them if they wanted to beat these two fish!

Saturday turned out to be a beautiful day on the water, and contestants were able to enjoy additional sunshine at the annual brat and beer feed held at Treeland’s. A solid fishing effort was put forth with 174 more walleye registered and 101 additional largemouth bass. The 27.25” walleye held its position at the top of the leaderboard, followed closely, but not to be edged out by a 26.25″ caught by local Ron Kubarek. The 20.0″ inch bass was able to maintain it’s lead through Saturday, followed closely by two 19.25″ fish caught by Brandon Clemens of Poynette, WI and Jim Baker of Bryon, IL.

Closing out the tournament on Mother’s Day, some sleepy eyed anglers registered 48 more walleye and 53 largemouth bass. Dean Elmer and Wayne Dezotell were still able to hold their leads with the 27.25” and 20.00” walleye and largemouth bass! A commendable 26″ walleye was brought by lucky mom Michelle Drost, caught on her fifth cast of the morning!

The 26″ walleye caught by Michelle meant she had to make a decision whether to place as the winner of the Lady Lunker Walleye, or take third place overall in the tournament. She chose to win the Lady Lunker Prize, giving Kerry Dunk, of Rothschild, WI the 3rd place spot and $292 in cash. In second place was Ron Kubarek of Hayward, WI with his 26.25″ walleye and $552 in cash. Taking first was Dean Elmer, also from Hayward with his 27.25″ walleye and $920 in cash!

On Saturday of the tournament, during our annual Brat and Beer Feed, Treeland’s presented rod and reel combos to the winners of the casting contest. 15 year old Challis Prohaska, of Wausau, WI won the children’s division, and Ray Dolar, of Racine, WI won the adult division.

Hayward Home Center continued their tradition of awarding the very coveted Lady Lunker Award to the ladies who caught the largest walleye and the largest bass. Winners of the award received a St. Croix Avid Pearl Custom Rod with a Shimano Stradic Reel. The walleye division was won by Michelle Drost with a 26″ walleye. For the bass division, 12 year old Daisha Dearhamer of Park Falls, WI, took home the prize for the third year in a row with a 17.5″ largemouth bass!

In the Children’s Division, Hayward Bait and Bottle Shoppe donated a Custom G Loomis Rod with Shimano Reel to Blaise Prohaska of Wausau, WI. Won by random drawing with one drawing entry for every fish registered.

There was also a raffle to benefit Walleyes for Northwest Wisconsin in which contestants bought tickets to win a custom Elk River Rod and Shimano Stradic Reel and tickets to a Brewer’s game. A new record of $2000 was raised with 100% of it going to Walleyes for Northwest Wisconsin, donated by Treeland Resorts. In return, WFNWW donated a tackle box for the children’s division.

The last function of our tournament is the draw for the Grand Prize of a $2000 gift certificate for Cabelas. Every time a contestant enters a walleye or bass in the contest, they receive a ticket for the drawing. This year, a first-time challenger won the prize, Joan Johnson of West Bend, WI! Happy Mother’s Day to Joan!
Lastly, we would like to thank ALL of our sponsors. Without these sponsors, this tournament would not be possible. Special thanks to Chippewa Valley Bank, Hayward Power Sports, Jenk’s Bait & Tackle, Hayward Home Center, Hayward Bait & Bottle Shoppe, Elk River Rods & Outfitters, St. Croix Rods, Vortanz Lumber, General Beer Northwest, Nelson Lumber and Floor to Ceiling, LaBarre Plumbing, Heartland Electric, Tiger Musky Resort & Trailer Park, Northern Sheet Metal, L&M Fleet Supply, Rusk County Farm Supply and Pat’s Landing Resort.

Mark your calendars for our 35th Treeland Challenge to take place May 10 – 12th, 2019. Also, join us at Treeland Resorts on July 1, 2018 as we celebrate our 90th anniversary, hosted by the third, fourth and fifth generation of the Treland family. 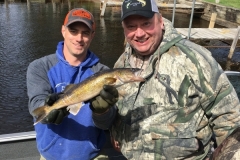 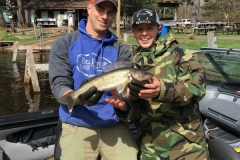 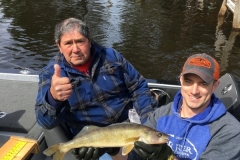 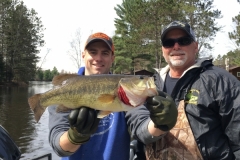 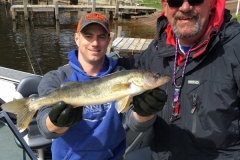 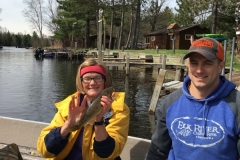 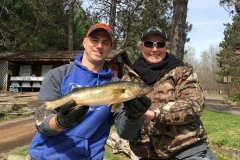 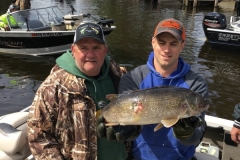 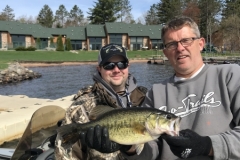 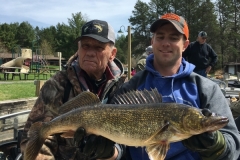 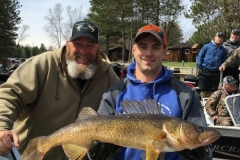 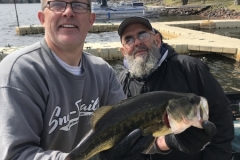 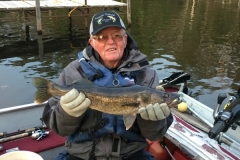 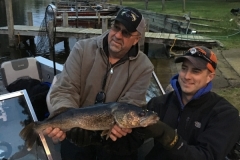 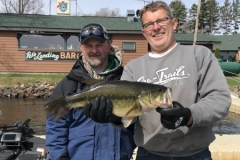 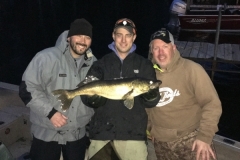 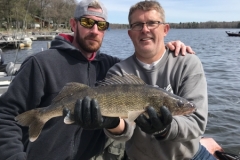 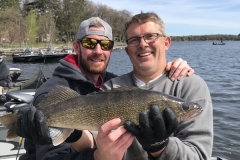 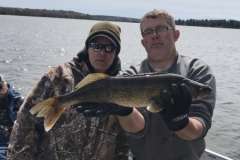 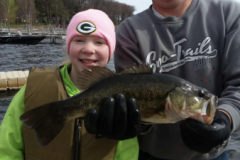 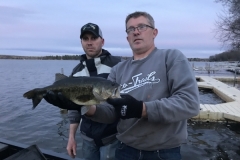 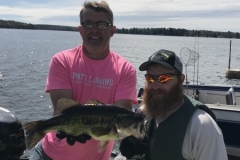 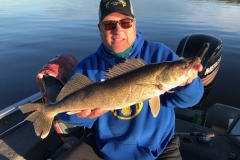 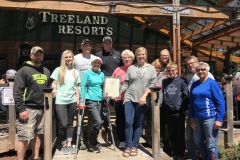